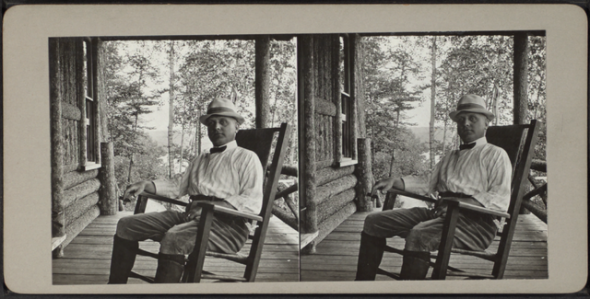 OK, we get it. Making stuff that lasts is bad business.

Your refrigerator conks out, you call the repairman and realize your
warranty expired. Two fucking weeks ago. Cha-ching. The perfect white
shirt you bought at the mall looks like tissue paper just a week
later. Record fucking quarter. The everyday shittiness we have grown
accustomed to isn’t an accident; it’s busine$$, baby. And we’ve all
grown so accustomed to the way the Fortune 500 makes money, we don’t
even notice it anymore.

Except when we do. That discount Scotch recommended to you by an uncle
you can barely understand was better than the stuff Japanese CEO’s buy
by the case for their clients. The mail order shirt you ordered in
1989  lasted fifteen years longer than it should have. That’s what
this column is about: those surprises that pop up with such
irregularity that they stand out.

OK, let’s get right to the  first surprise that comes to my Tanqueray
addled brain. It’s a chair. But not just any chair. I am talking about
the Leonardo DiCaprio of chairs. This is the chair that was so
fashionable, so stupid in every way, so liked by the wrong people for
the wrong reasons, that it would surely fade.

Like Leonardo DiCaprio, Herman Miller’s Aeron Chair should have
sucked. Your stupid girlfriend thought it was cool. Idiotic  people
who had idiotic  corporate titles like “Chief Evangelist” had two of
them. But like Marty Scorsese or people who judge Bob Dylan by his
fans must have realized, the Aeron Chair is good. Pretty fucking
expensive. Pretty fucking good. Good enough to star in a movie about
Howard Hughes. Good enough for a song about… What was that song
about? Good enough for my ass.

I have had an Aeron Chair for thirteen years. I’ve sat in it every
day. I am about 67.6 pounds overweight and I have never had a back
problem. Coincidence? Fuck off. The Aeron Chair is made of a
stretched, semi-transparent, and flexible mesh called Pellicle. It can
be customized through modular extensions like lumbar support, sacral
support (dubbed PostureFit), fixed or adjustable armrests and varied
bases to accommodate diverse fields of deployment. OK, that was
Wikipedia, not me. So sue me. All I know is that this chair gained a
spot in the Museum of Modern Art’s permanent collection. OK, that was
Wikipedia, too.