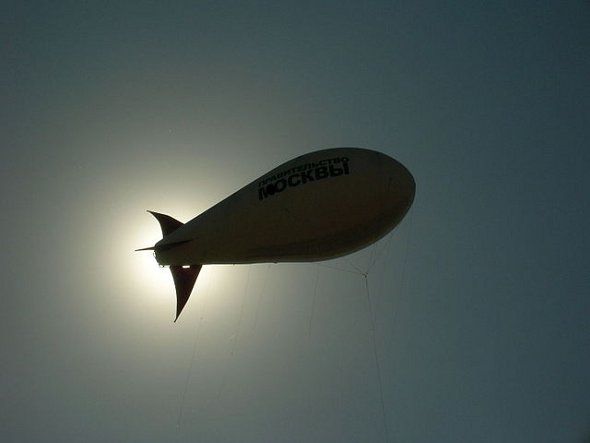 Like a recurring bad dream, a new James Bond film, Skyfall, is filling the theatres and has been getting good reviews. Increasingly, I am measuring my own lifespan according to Bond films, hoping (like Warren Zevon used to) that I merely survive long enough to see the next one. But I probably haven’t actually enjoyed a Bond film since On Her Majesty’s Secret Service, and yet there I am, dutifully watching each and every instalment in the series, like a joyless duty I must perform, the reason for which I’ve long forgotten. A bit like Christmas, which I probably haven’t enjoyed since I was 12, but still solemnly endure time after joyful time. And with each passing year, I wonder whether it isn’t time to just say No.

I hated this new Bond film for all kinds of reasons: the new actor’s scowl and the franchise’s lurch towards “realism”, the new Q, the next M, the depiction of China which is slightly less nuanced than a Tintin comic strip, the tuneless and horrible theme song, the insane and pointless recital of a Tennyson poem as M’s defense of her department against a parliamentary oversight panel (doubtless a moment of hack relief for the writers, letting a bit of public domain English greatness slummily flesh out some idea they failed to articulate), and above all the camped-out, agent-of-chaos villain, whose actions make no sense whatsoever unless he is M’s biological son (in which case, they make a bit of sense). I mean, of course, none of it makes any sense. It’s a Bond film. There isn’t a moment during any of these films during which you’re not asking, “Why are they doing this? Why doesn’t he just shoot him?” And you run the risk of admonishing yourself, “You just don’t get it, do you?” He’s James Fucking Bond, all right? He’s got his reasons for needlessly dragging things out. The filmmakers’ need to advance to the next set piece is greater than your need for logic or expedience. If you want narrative coherence, you’re better off watching the Marx Brothers.

There were two bits that I enjoyed: the drinking scene in the beach hut with the scorpion, and the introduction of the Moneypenny character. Those are exactly what I will retain from this particular go-round. The rest is already a tortuous haze in my mind, almost completely forgotten the next day. I’ll probably also remember the unintentionally funny moment when the Shanghainese temptress tells Bond that something is “inevitable”, which put me in mind of Team America’s Kim Jong-Il.

My special hatred, however, for this particular episode is reserved for its more craven than usual product placement. During his “I’m dead” beach interlude, Bond grimly ingests a post-coital Heineken while lying next to some randomly generated woman. Craig himself has apparently spokesmodeled for Heineken before, so it isn’t entirely a left-field endorsement. Later on in the film, while Q and the actor who played the pigfucking Prime Minister in one of Charlie Brooker’s TV shows try and lure the villain (who is absolutely intent on killing M) towards her location to try and aid him in that objective, they signal the afterhours nature of their espionage by enjoying an at-work Heineken. None of this makes any sense. Okay, listen, it’s very simple. They’re leading the villain to M, up to where she’s hidden in an isolated house in rural Scotland (which happens to be Bond’s childhood home). Anything could happen. The villain really, extremely wants to kill M. And the MI6 guys are drinking Heinekens. But it’s a trap, see. The villain will arrive, destroy the house, there’s no backup whatsoever, and then M, Bond and the old groundskeeper will spring their trap, using an arsenal of two rifles, a knife and some patriotism. It could have been worse. At least the surviving Broccoli didn’t make a deal with Corona.

In this film alone, there is also some kind of placement deal with a watch manufacturer, a brand of nail polish (worn by the Orientalist French actress), as well as with Sony Vaio, a laptop of whose the pigfucker actor uses, which perhaps clears up the mystery of a) why MI6 was so easily hacked and b) why nothing its employees do outstrips the competition.

The Bond franchise got an early start in its brand worship with Dr. No, depicting old Sean Connery gamely slurping on a Red Stripe beer, presumably to get in to the spirit of his Jamaican surroundings. In that same film, Bond demands that his hotel’s room service make him a martini, shaken, not stirred, using vodka. The official partnership with Smirnoff, cemented by the Broccoli clan during that first Bond film, remains into the Craig era.

Now, in case you think that entertainment is a harmless confection which contains absolutely no real-world repercussions for your life, think back to Dr. No. This seemingly innocuous and completely eccentric command to a bartender, who would have been within his rights to respond, “Look, I’ll make your drink however you like, mister, just don’t call it a martini, okay?”, has done more to destroy and warp the pre-eminence of the greatest cocktail of the 20th century than prohibition and the film Cocktail combined. All through the 1990s, bartenders taking bartending courses were taught how to make a martini: put some vodka and vermouth in a shaker with a bunch of ice and shake it as hard as you can and as long as you can, until your hands can no longer stand the freezing pain. Now, see those little flakes of ice floating around in the glass? Well done. You’ve made a perfect martini, just like James Bond, but ‘90s style.

And we are just now collectively waking up from this hangover today, in the second decade of the 21st century, knowing that a martini is nothing but gin and vermouth, in variable quantities, stirred in a shaker with ice (for about 40 seconds to a minute). Finally, we have our drink back.

The sheer greed of it is not the only reason that product placement in films is horrible. There is also the matter of insulting the audience. The film’s director, occasional social critic Sam Mendes, insists that he doesn’t know what the fuss is about, that these deals are a fact of modern filmmaking reality. Even the audience, he implies, is savvy enough to resign themselves to it. So, the next time you see a tiny, shrunken Sam Mendes in your cereal bowl, clinging to a Cheerio as if it were a life preserver and begging you for help, just know that neither he nor the Cheerio are there by accident. It’s only a bit of placement. Scoop him up and crunch him down, like the insect that he is. If you don’t, you’re sending the wrong message to filmmakers.

And the next time you order a martini and the bartender reaches for the vodka, think of that first James Bond film and just say No.

In mid-November, before the snows started flying, I went … Read More :::